ROBERT TENNYSON STEVENS, developer and CEO of Mastery Systems International Inc., is a pioneer in the influence of verbal language, body language, emotions and imagination on activating and enjoying our dreams—now.  In providing personal, team, and corporate facilitation and coaching for more than 45 years, Robert has developed step by step repeatable systems for attaining heartfelt outcomes with speed and accuracy.

Stevens’ journey in the role of language as our Human Operating System began in 1968 with his extensive study of Hopi Indian Language and how this one tribe of peace have a language supporting here and now reality. Something we can all benefit from.

Having demonstrated the influence of thought, word and feeling on manifestation with thousands of people, Stevens developed a unique curriculum of personal and professional empowerment technologies called Mastery Systems, much of which is based on Scripture (not religion) and Quantum Physics.

What is Sacred Body Language Translations™?
The signals of our body are a direct communication from our other-than-conscious self. Way beyond mundane systems used to judge people’s honesty, SBLT reveals the rest of what your Great Self is saying, asking for, disagreeing with, directing toward, & so on. A static state like something hurting, when translated & understood, will usually begin to shift & change into some Blessing you were not giving yourself. Your coach can help you translate your signals for your new cosmic choice.

YOU CAN START RIGHT NOW

Download the first 3 chapters of
Conscious Language™ The Logos of Now
free for a limited time. 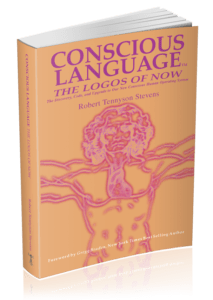 The Discovery, Code and Upgrade to Our New Conscious Human Operating System.

TRAIN and STRENGTHEN YOUR CONSCIOUSNESS

Develop the skills in body, mind and spirit with our Conscious Human Operating System offered through Mastery Systems.

In addition to our live classes, our online and home study courses give you the freedom to upgrade from your home, office or even your car.